How it Felt Preparing for a Catastrophic Event 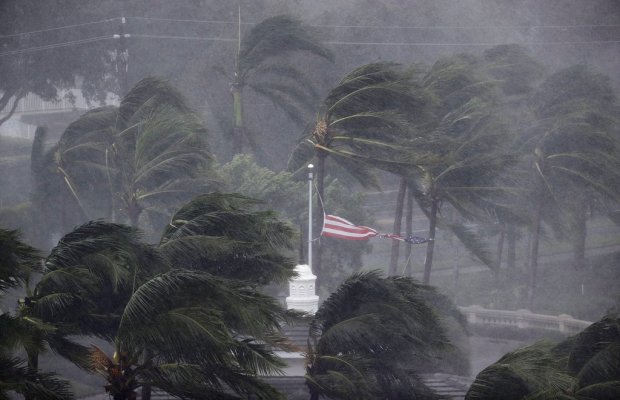 Sunday night September 10th at 6PM the power went out. My wife and I had set-up a nice cave in an inner walk-in closet with pillows, water, flashlights, food and phones. From 8-12PM Irma was on the doorstep of Sarasota and the surrounding communities. Around midnight I received a text from a buddy who lives even closer to the coast saying congratulations you just survived your first hurricane. Soon after that we made the decision to retreat back to our own bed, yet I stayed vigilant throughout the night listening to the howling gusts, awaiting the possibility of a window breaking in.

Monday morning, the power is still out, yet it is a lovely day with a kind breeze and I am sitting on the patio with my wife beginning to write this article. I hear the freeway roar with weary travelers heading back to Miami and throughout south Florida from wherever they went up north for refuge. Families driving home and wondering what their homes may look like, are their neighborhoods flooded, their fences still up, roof still in tact, and if the power is on? And for those that stayed we were assessing damage and simply trying to get over the surreal event. Shelters were still on lock down as per protocol after such an event to assess for safety.

My family and I have been in Florida for 10 years with no real imminent danger from a hurricane. As fate would have it, our first hurricane just happened to be the largest storm ever recorded in the Atlantic, and I had no point of reference. Like many others we were throwing together our “hurricane kit” three days before Irma was to impact our area. Food, water, camp stoves, first aid, flash lights, cash, keys, important documents, tools, propane, etc, etc, etc.

My stomach was upset for days, which is unusual and my head was a bit scattered as if dazed and running on autopilot. I even found myself caught up in the herd mentality for a moment. In those final preparations it is easy to get lost in fear and scarcity especially when you are facing a foe you have never seen. No more water, no more plywood for boarding up windows, no more gas, no more generators. Last minute we spent hundreds of dollars on additional food items building our reserves. In lieu of available drinking water we bought Pellegrino and Gatorade. Constantly thinking and mentally preparing for no power or water for days or even weeks. The psychology of boarding up your windows and using a closet as a shelter is a whole other article.

So how do you prepare for what was being called the largest storm ever recorded in the Atlantic? First off, as Floridians we live outside year around. Tables, chairs, lounges, sofas, umbrella’s, plants, sculptures and BBQ grills, everything becomes a possible projectile, a menacing object that could be picked up and tossed through a sliding glass door or window. Everything needed to be boarded up, secured or brought inside. We thought of possible flooding in the house and rolled up the nice rugs and put anything of value up on tables. We wondered should we take the art off the walls? Then your monkey mind gets busy. How do I secure the grill when we saw cars turned over by the same storm days before? How will our fence hold up, or for that matter, how will the walls of the home bare the sustained wind force?

What’s the point your mind says, “forget the pictures on the wall, what if the roof goes, then what?”

That brings me to the final decision us and many of our friends and neighbors had to make. Like the song from the Clash, “should I stay or should I go”. Do we grab a last minute flight now 10 X the normal fare? Do we hit the freeway and evacuate voluntarily with a million others all heading up I-75, many of whom were given mandatory evacuation orders? Or do we go to a shelter with people, pets and others’ fear and drama? Our son is part of the Beach Patrol and an EMT and was working a 12-hour shift at one of the shelters, so we had some connection there.

I have spent many nights in camp with bears looking for food as I lay in my sleeping bag under the stars, yet for some reason that did not frighten me like this did. Maybe it’s because I have always respected the immense power of Mother Nature. I was telling some friends, “Irma doesn’t know anything about spaghetti models; she will turn at will.” You can’t fight the wind. Although since this is Florida, a Pasco County Sheriff did in fact have to warn residents not to shoot at the hurricane. “DO NOT shoot weapons @ #Irma. You won’t make it turn around & it will have very dangerous side effects,” the office posted on Twitter.

We made our decision to stay, or as it was being called, shelter in place. As with any time you struggle with an important decision and finally agree on a course of action, it is somehow calming, liberating and empowering. Family members in other states thought we were nuts, but they already knew that. We were as prepared as we were going to be, so now we wait. And as native Floridian Tom Petty wrote in one of his many hit songs, “the waiting is the hardest part”. I likened the 2 days before Irma hit to grade school when before first period the big bully calls you out for a fight ‘after school’ and now you have to wait the entire day thinking about the impending doom of the a** woopin’ you know is now your fate.

Cat·a·stroph·ic (involving or causing sudden great damage or suffering). We seem to hear this word every other day in some obscure place on the globe, but it seems far removed, somewhat insulated from our reality and day-to-day lives. Not in our backyards, not our home, not our neighbors and loved ones. Irma really brought it home for me and millions of others. I now have more understanding and compassion for the pain and suffering of our global family caused by catastrophes that can happen to any one of us, in an instant, on any given Sunday.

A couple days prior to the hurricane my new neighbor Rose, a lovely 83 year old gal whom I helped to get ready for the storm, told me some local folklore. As it’s been said, “two or three hundred years ago the wife (or daughter) of an Indian Chief said a blessing that this entire area and burial mounds be kept safe from the devastation of hurricanes”. As fate would have it, we were spared any significant devastation. As we go about getting our homes and our lives back to normal a deep sense of gratitude begins to sink in. Days passed before my guts relaxed and my conscious mind was ready to let go of the fight-or-flight mechanisms accepting the fact that catastrophe was not ours to endure. The fight-or-flight response is a physiological reaction that occurs in response to a perceived harmful event, attack, or threat to survival. The after effects of such are often feelings of agitation and exhaustion which I myself experienced and heard the same from many other friends.

I pray for all those whose lives have been violently interrupted with devastation. How do you go on, move forward? No home, no belongings, no job, no income; and very possibly no hope. I guess as humans we somehow just do. The human spirit gives us the capacity to see it through. CC Scott wrote, “The human spirit is stronger than anything that can happen to it”. The issue of resilience comes up when we are faced with extreme situations; situations for which we have had little or no occasion to develop adaptive mechanisms. There is no handbook for coping with a catastrophe. There are however some guidelines, and I would highly recommend anyone reading this article to heed those and get prepared the best you can on the outside, the rest is of course an inside job.

This experience has helped me realize in a very personal way what a powerful service our Age Safe America Advisor Members offer to seniors and their family members. Like the older adults they help to ‘age in place’, we chose to ‘shelter in place’, as we did not want to leave our home either. It’s where we feel safe, it is familiar, surrounded by our “stuff” even if the place was a bit in chaos and looked like we were moving, we had our neighbors and friends close.

At 58, I am still one of the youngest guys on my block and did what I could to help the older folks in the neighborhood, and if nothing else knocked on the door and let them know we were staying and I would be available if they needed me. Having been in this home only a short while it was the first time meeting many of the neighbors. To do so in such circumstances was actually a good thing, as we were already bonded in preparing for the coming storm, and subsequently the gratitude and clean-up.

Thank you to all the First Responders (our son Zak included) throughout the states and the Caribbean. It is good to know there are still Real Heroes out there! Also glad we live in Sarasota County! Even today there are buses with water, phone chargers and air conditioning for those still without power as a place of respite. And a high five to corporations like Starbucks who paid their people for hours they lost during mandatory store closures. A simple gesture, a good message.

The catastrophic rampages of Hurricane Harvey and Irma have left many displaced and in need. Organizations are on the ground helping victims. It is never too late for you to donate your time or money.

“In a real sense all life is inter-related. All men/women are caught in an inescapable network of mutuality, tied in a single garment of destiny. Whatever affects one directly, affects all indirectly.” -Dr. Martin Luther King Jr.