A Prescription for Better Care 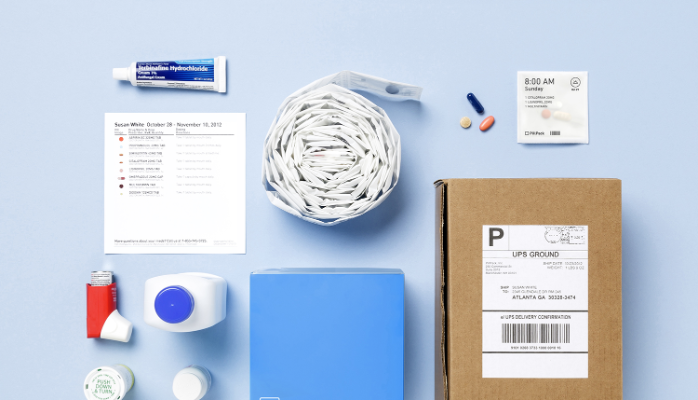 On April 30, 2016, Express Scripts, the largest PBM in the United States, will remove PillPack from its pharmacy network. This business decision will dramatically impact the way thousands of Americans receive and manage the daily medications they need to stay healthy.

This is how large corporations manipulate consumer choice. This is how healthcare stays broken.

How it all started

I grew up in pharmacy. My dad’s a pharmacist, and when I was a kid he ran your traditional mom-and-pop pharmacy in Concord, New Hampshire. One of the first jobs I had growing up was delivering medications for my dad.

A customer I used to deliver to, Ellen, was an elderly woman with frail hands and severe glaucoma. Her vision was so poor that she couldn’t read the print on the prescription bottles I delivered to her every week.

It was incredibly important for her to take the right meds at the right time. But it was almost impossible. She had ten different bottles on the counter that all looked exactly the same.

To help Ellen take her meds, we devised a plan. I’d take a Sharpie and write across the front of the bottle the first letter of the medication. M for Metoprolol, S for Simvastatin, and on. That little hack helped Ellen a lot, and she was always happy to see me — telling me all about how bowling went (with bumpers up) as I scribbled on her pill bottles.

Later that fall I shipped off to the first year of pharmacy school. I also became fascinated by design and entrepreneurship. I got involved in the MIT $100k and helped start Hacking Medicine. The whole time I was also learning about pharmacology and the pain of retail pharmacy — both for patients and pharmacy staff. I interned at Target Pharmacy and did my final year rotations, still thinking about my days delivering prescriptions.

It was incredibly clear to me that design and technology could make the pharmacy experience so much better. And if we could do that, it would change the lives of so many people.

Our goal was simple: design a better pharmacy that makes it easy for the 117 millions Americans that have at least one chronic condition.

Elliot Cohen and I launched PillPack in early 2014. We are now licensed nationwide, have more than 200 people working at PillPack, and we have tens-of-thousands of customers that rely on PillPack to get the medications they need.

I thought if we made pharmacy better for our customers—enabling them to live a better, healthier life—that the system would be supportive. For the exact same price as picking up your prescriptions at a retail pharmacy, PillPack will coordinate everything for you, pre-sort and package your medications, and deliver them to your door. We spend enormous amounts of time as a society talking about delivering better care. That’s exactly what we’re doing.

Due to our rapid success, Express Scripts, a $45 billion company that controls where more than one-third of Americans can fill their prescriptions, and also happens to own their own mail-order pharmacy, has decided that improving the system is too much a threat to their existing business.

Rather than improving their product and service, Express Scripts has decided that at the end of April, they will block their 85 million members from using PillPack .

The average PillPack customer takes seven prescription medications every day. These are people with Crohn’s Disease, Bipolar Disorder, Alzheimers, HIV, heart failure, COPD, and many other lifelong and life-threatening conditions. Without PillPack, these folks have even more barriers to staying healthy. They will need to manage getting refills from their doctors, driving to the pharmacy, figuring out when to take each medication, and once again return to sorting pills. These customers are real people that rely on PillPack.

A prescription for better care

We have an obligation to fight for the thousands of Express Scripts’ customers who will be immediately impacted by the result of this decision. We’ve shared many of their stories here.

The only way that healthcare will ever get better in this country is by allowing new and innovative solutions to thrive. If we allow massive corporations to defend antiquated services through market manipulation and anticompetitive power, we all lose.

Our customers need your help letting Express Scripts know that prioritizing their own interests over people’s health and well-being is unacceptable.

Please share this article and visit fixpharmacy.com to find out how you can get involved.